Along Indian Creek, in Tyler County, WV, a well was spud in August, 1894 on the “Moses” Spencer farm.  In September the well blew out and gas flowed uncontrollably for over a year.  Estimated flow rates were over 100 MMCFGD. The derrick burned to the ground when struck by lightning the following June, as did a second rig the following month.

See:  McKain, David, L. and Bernard L. Allen, 1994, Where it all began, published by David McKain, Parkersburg, WV.   Page 154-156 contains a portion of a diary belonging to one of the Big Moses drillers. 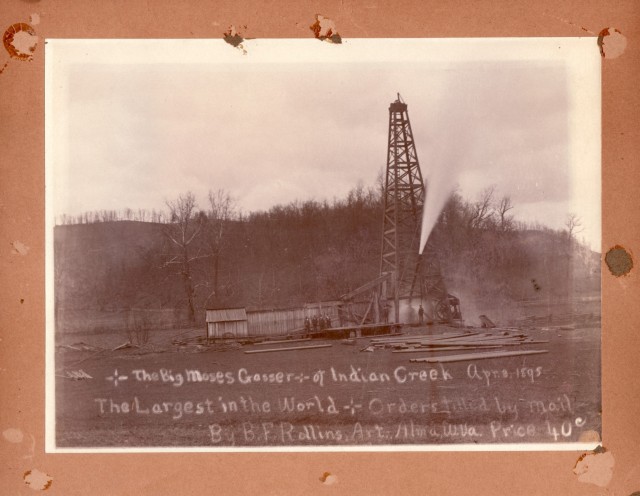